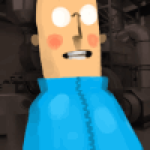 At the start of last year, I wrote a long post about how things changed for me in 2010. Unbelievably, 2011 went even better. Between the steam sales, the humble indie bundle, and now the recent 3DS launch, VVVVVV continues to reach heights I never imagined possible. I’m incredibly proud of its successes, and incredibly grateful for what that’s meant for me.

Since releasing VVVVVV, I’ve worked on dozens and dozens of games. I don’t know how many exactly – I’ve lost count. A lot of those games didn’t go anywhere, and that’s fine. These past two years have been very creatively valuable for me.

But I’m looking ahead now, and I’ve been thinking a lot recently about the sort of work I want to do in the future. This year, I want to try approaching things differently. This is my new year’s resolution:

This year, I’m not going to start any new projects.

These last two years have left me with a number of very promising, incomplete prototypes, and what I’m going to try doing this year instead is focus on finishing these.

This is huge for me! It means no more entering Ludum Dare, no more Klik of the Months, no more throwaway jam games of any kind. It’s a massive, fundamental change to how I’ve always worked. But I feel very anxious to work on something bigger this year, and I want to challenge myself.

I’ve made a short list of my favourite unfinished prototypes. If you’ve been reading my blog before this, you may have seen me talk about some of these games before – there are three “main” projects on it that are the main things I’m going to focus on, and also a handful of smaller games that I’d like to return to if I happen to have the time.

Nexus City is a huge RPG that I’ve been working on on-and-off with Jonas Kyratzes since late 2010. It’s a big, scary project, so last summer, Jonas and I talked about the possibility of making this short side game, as a way to introduce both ourselves and other people to the universe of Nexus City. It’s much smaller than Nexus City itself, and very much it’s own thing.

Jonas wrote an awesome script for the game, but other things came up last summer when meant putting it to one side. I’m planning to finally start work on it very soon, and I’m hoping to have it finished before March.

And then of course, there’s Nexus City itself. I’ve been talking about this game for a very long time, but I’m hoping to finally make it happen this year.

This relatively recent prototype came completely out of nowhere for me. I’m excited about it because it’s not really like anything else I’ve ever worked on. The nature of this game means that it’s very suited to being chipped away at, and I expect I’ll return to it frequently as inspiration comes and goes.

In addition to those three, there are also a couple of half finished shorter games that I’d like to revisit between projects:

And that’s it. That’s everything.

Of course, like all new year’s resolutions, perhaps this is doomed to fail. I can’t promise I won’t fall off the wagon next time a Klik of the Month rolls around, and maybe it’s no big deal if I do. I’m really optimistic about this year, though. If I can finish even a fraction of these games, I’ll consider it a huge success.

17 thoughts on “Another new year’s resolution”

This site uses Akismet to reduce spam. Learn how your comment data is processed.

Anyone could be struck
by lightning at any time