TIGSource’s B-Game’s contest is now at an end, and by my count, 27 people have submitted entries to it. This doesn’t include games that have been privately submitted to the mods over there, but I suspect we’ve seen the bulk of them.

The overall standard is phenomenal. Practically everyone got a good grasp on the idea behind the contest and as a result, everything submitted is worth playing – be it for a cool gameplay mechanic or just a brilliant concept.

There are a few exceptional entries, though. I haven’t decided on the best one, but my favourites are these three: 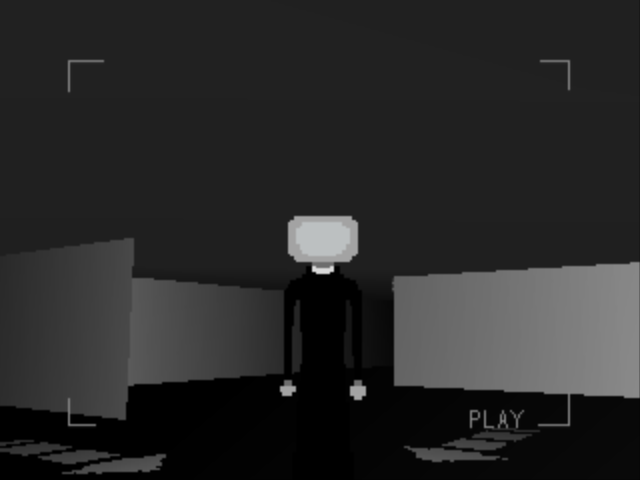 The concept: Mondo Medicals needs your help to research a cure for cancer: to do this, you first need to be tested. The game faces you with a number of counter-intuitive first person maze puzzles, and on completion of each you’re treated to bizarre cutscenes that reveal more about what’s going on.

What’s good? The “twilight zone” interpretation of the B-Games concept is the most underexplored take on the contest, and none of the other participants handle it as well as Cactus does. This game is seriously creepy, but in a good way. It’s by far the most stylish game entered.

What’s not so good? The puzzles are fun and the game plays well, but as it goes on, it’s just much too difficult. So far I’ve haven’t been able to beat the “count to 15” stage (even though I’ve counted to 14!), and I’m half thinking about resorting to the walkthrough. On top of this, some levels drag on a bit too long.

My evaluation: One of the best entries to the contest. Had Cactus worked a little more on the puzzles and shortened some of the repetitive levels, it would probably stand out as the clear winner.

The concept: Anybody could have taken a month and thrown together a bad Klik & Play game and called it an entry to this contest. Forming a team of 17 and making a hundred of them in one weekend, on the other hand… that’s just too awesome to put into words 🙂

What’s good? All the authors bring something different to the table – Alan Gordon’s black and white games are probably the best; funny and mostly playable in their own right (My favourite of his was “Keys Keys Keys”). There are good and bad in here, but no game is really “Bad”, so to speak.

… hell, you should just try them all 😀 I was in stitches the whole time!

What’s not so good? It kinda stretches the “amateurish” interpretation of the B-Games concept to the max. It’s good, but then it can only be so good, if you know what I mean.

My evaluation: Definitely one of the highlights of the contest. I’m totally amazed at the scope of the games on offer – 100 games of any standard is a huge undertaking, but believe it or not, there are very few repeats, even though that was basically their original intention. Incredible! 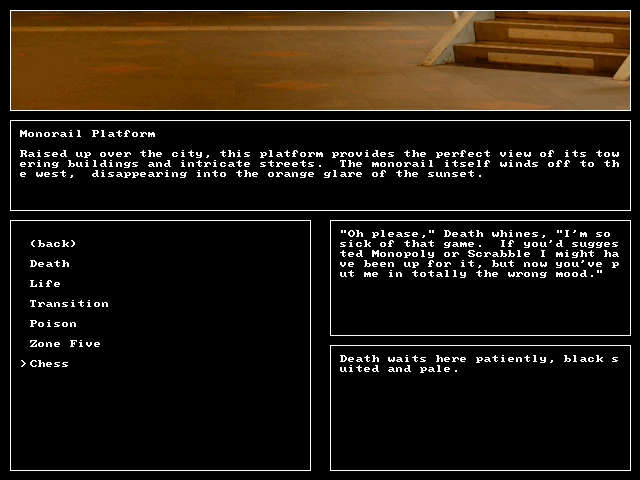 The concept: You’ve been poisoned. Slow acting, but very deadly, according to Death, who accompanies you at the monorail station where the game begins. Before stepping into the afterlife, Death allows you to take one last look around Zone Five, the run down city where the game takes place.

What’s good? Everything, actually. It’s superbly well written, and consequently, lots of fun to explore. Even the music (various Beethoven Midi files which seem to have been at least partially chosen as a joke) suits the game really well. The author claims that the game has only one ending – and it does, I suppose – but there are many interesting and funny ways to get there. The game’s eight fleshed out characters joke, purr, and wax philiosophical about issues as diverse as death, Elvis’s mothership, and gonzo burgers.

What’s not so good? I’m having trouble seeing how the game interprets the theme of the contest. The only thing that seems to qualify is what the author calls “Unparalleled lyneWrap™ technology”, which results in practically every sentence incorrectly wrapping at the edge of the screen. It adds an air of amateurishness to the game that I guess the author felt it needed.

This is minor nitpicking, though. The game is excellent!

My evaluation: I don’t see a lot of people talking about this one on the forums, and it’s a shame, because it’s probably my personal favourite. I hope it isn’t overlooked when it comes to the voting.

The really amazing thing is that the author claims it’s his first game. In that case, I can’t wait to see what he comes up with when he starts on something serious! 🙂

These three are my favourites, but they’re not the only good games that have been submitted : here are a few more highlights that are worth looking at: 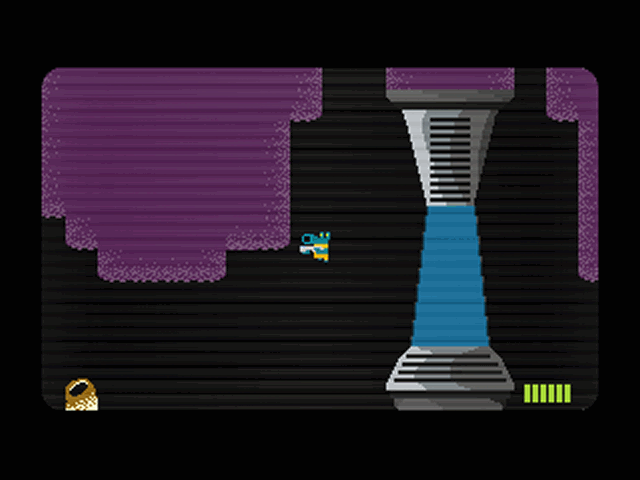 An excellent little platform shooter set in space. Again, I’m not quite sure how the author was interpreting “B-Game”, but he’s created something really good nevertheless. 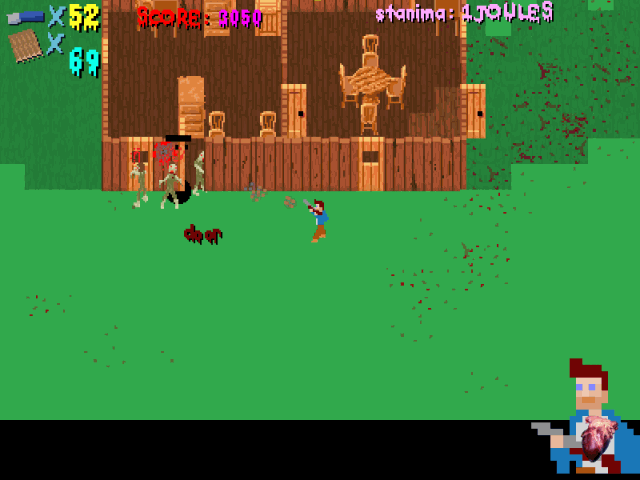 Another very strong contender – Cottage of Doom is a shooter which seems to be roughly based on “Night of the Living Dead”. The niftiest thing about it is that you don’t just have to run out in the middle of a group of enemies and start shooting; to survive, you need to barricade the doors and windows and pick them off in small groups. It needs a little polish, but I had a lot of fun with it. 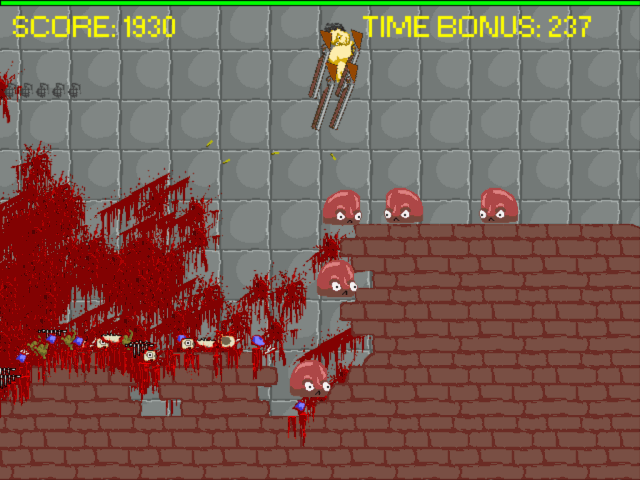 Play a torso, on a mission to avenge his limbs. Encapsulates everything that’s great about this contest 😀 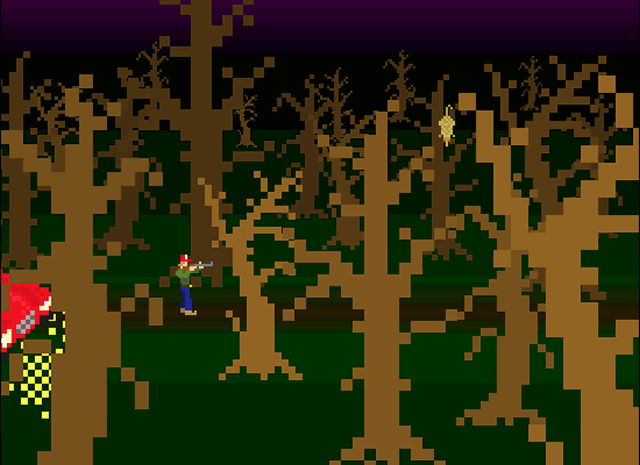 Here’s something a bit different: A parody of arthouse gaming! Complete with director’s commentary, trailers for upcoming releases, a gallery and a lengthy credit sequence. Wish I’d thought of it 🙂

This is only the start of it – I’ve barely scratched the surface! Check out the rest here: TIGSource B-Games contest forum