There’s still time to change the road you’re on

Over the weekend, I put something together for Ludum Dare 13 (for the theme “Roads”). It’s called Pathways, and it’s a lot less arcady than most of the small projects I’ve made this year. I submitted a short demo to the contest, but the game isn’t finished yet. There are a lot of placeholder graphics, only about half the content I’d planned and most of the writing is rushed, overlong and generally pretty awful. The concept though: I like enough to want to see it through properly, so for the next few days I’m going to focus on finishing this. Until then, here’s a few screenshots! 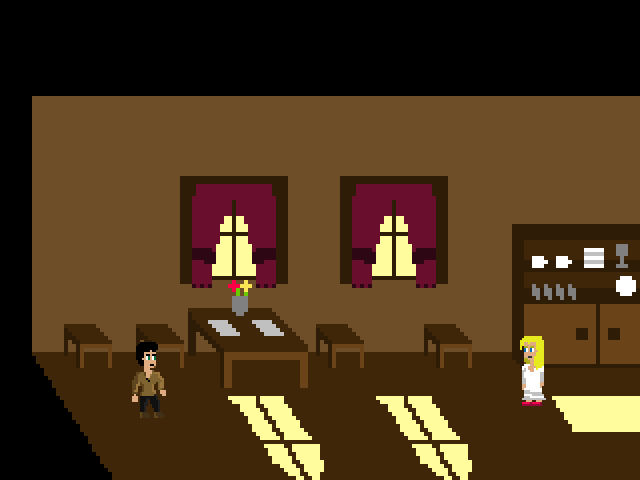 Increpare also made a game for the contest, and it’s absolutely brilliant. It’s called Rara Racer – the screenshots don’t do it justice so I won’t post one; but be sure to check it out. Download here.