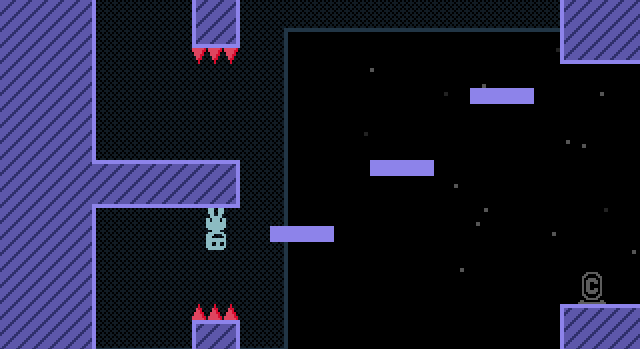 This has been a hell of a year for me. Frankly, I find it hard to really believe how well things are going now, considering how things were looking near the end of 2009. It’s amazing how much has changed in just a year.

Things were pretty bad for me just before IGF submissions last November – far worse than I’d let on at the time, in fact. Last year I’d basically given up my ambitions to be an indie game designer full time, because I’d run out of money. The only reason I was still making games was because I was unemployed, couldn’t find a job, and didn’t really have anything better to do.

At the start of 2008 I’d taken out a loan for 15,000 euro, but that only lasted a bit over a year. I spent six months in 2009 on unemployment benefit. By November I was utterly broke – my credit card was maxed out, my bank account completely overdrawn – I was borrowing money from friends and family just to pay rent and make loan repayments. I eventually just ended up moving back in with my parents. Things were pretty bleak.

The only thing I really had going for me was VVVVVV. It started out as just a small side project, but I was having so much fun with it that I just kept letting it get bigger and bigger. I figured it was probably going to be my last game as a full time indie, after all, and I wanted to make something I could be proud of.

I didn’t really know what to expect when I finally released it. I didn’t really know what I was doing, and probably made a mess of the release in a lot of ways – having so much of the game available in the beta was a big mistake; I really should have done more to try and make sure it wouldn’t be leaked. Assuming I’d just be able to build a Linux version without any complications was really stupid. And $15 was a seriously misjudged price.

Nevertheless, despite my fumbling, things actually worked out! On the first day, I sold 312 copies of the game. By the end of January, I was up to close to 2000 copies! Not only had I made enough to get myself out of trouble and pay back what I owed, but I had enough to keep making games for the rest of the year. Things slowed down after that, but by the time I launched on Steam in September, I was up to 3000. I don’t think I’m actually allowed to talk about my Steam sales figures, unfortunately, but it’s doing quite well there too.

I’m not in this line of work to make money – all I want to do is make enough to live on, and thanks to VVVVVV, I’m now doing that. It’s the best game I’ve ever made, and I couldn’t be prouder of it.

I’m sorry, I’m rambling… (there’s a reason I don’t talk about this sorta thing too much!). I’ll try to wrap up.

I’m starting 2011 in a very different position to how I started 2010, and it’s down to more than just money. Last year I was completely isolated from fellow game designers, now I’m living with two other game designers I hugely admire, in a beautiful little city with a flourishing gamedev scene. I’ve won an award for my work. I’m working on one of the most promising projects I’ve ever been involved with. I make a living doing what I love. 2010 has been a very important year for me, and I’m incredibly optimistic about what 2011 will bring!

This post was supposed to be about 2011, not 2010, but I suppose that can wait awhile. Thank you to everyone who’s enjoyed my work and supported me! It’s been a great year 🙂