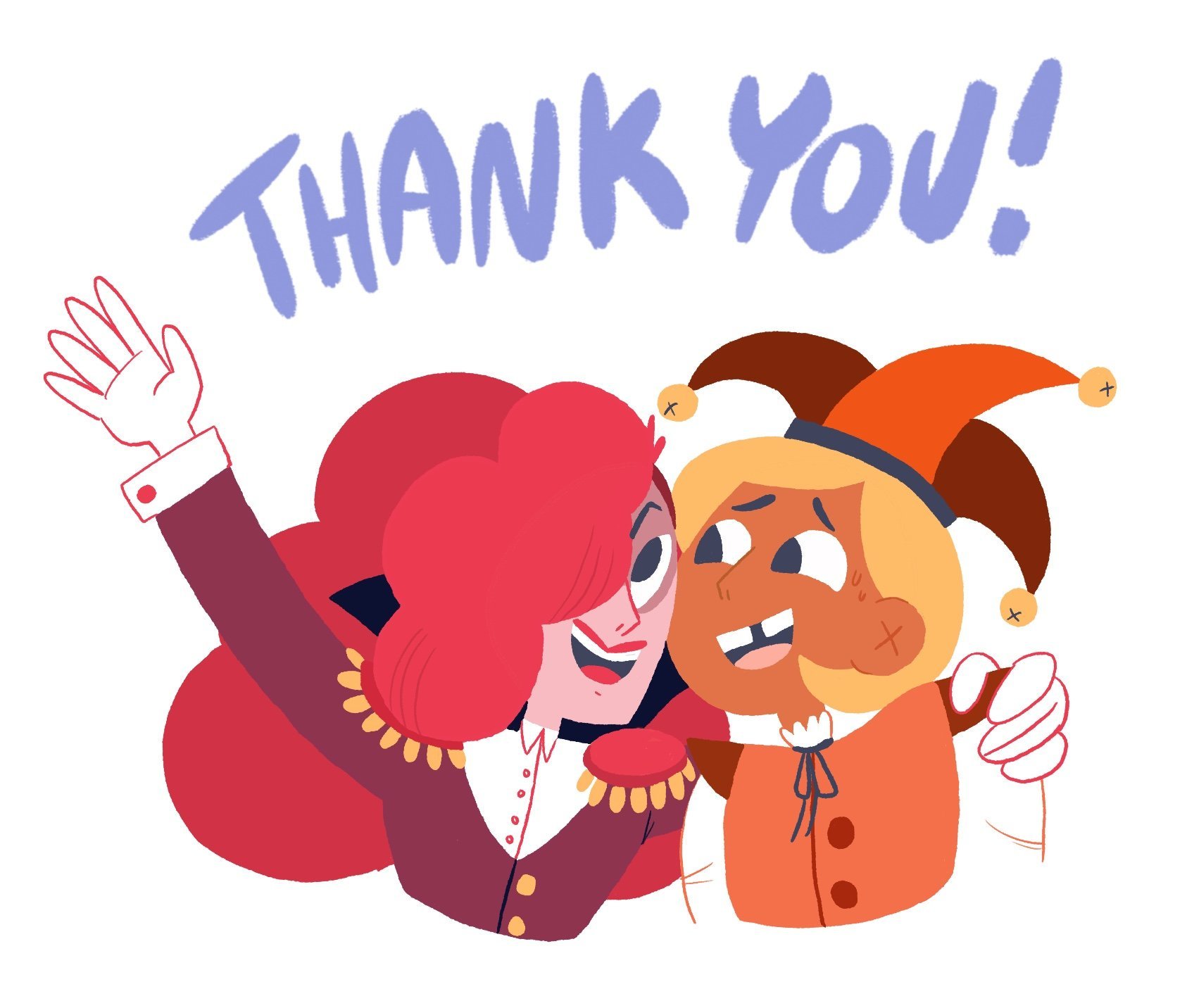 Hey! Welcome back to my series of seven daily blog posts on the run up to Dicey Dungeon’s launch! This one’s a bit overdue, as the game actually launched, uh, *checks watch* three months ago. Ah. Well, let’s have a news update and catch up on everything that’s happened! I barely know where to start.

Dicey Dungeons is out now!

Well, let’s start here I guess! In collaboration with my amazing team, I am so proud to present Dicey Dungeons, out now! You can buy it on Steam or Itch.io at the following links: 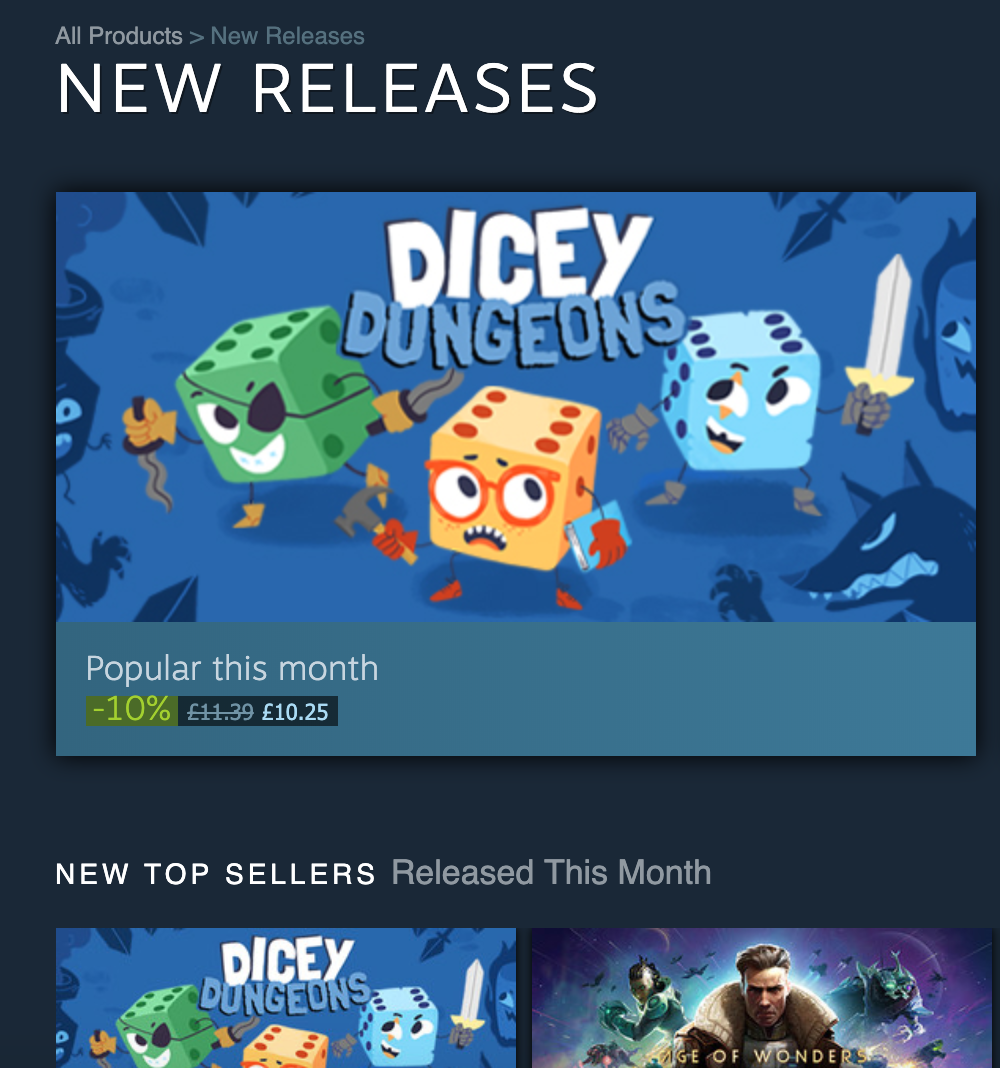 It did really, really well

…I still don’t really know how to talk about all this. That’s actually why this blog post is so late. I kept trying to write it and getting nowhere.

I tried to keep my expectations low – I’m really proud of this game, but there have been so many indiepocalypse stories in the last few years that I was nervous that it all might go wrong. And I, uh, took some risks. I blew a huge chunk of my Super Hexagon and VVVVVV savings to make this. I was quietly hoping it would do ok, but really I was just hoping that at the very least it wouldn’t end up being a total disaster.

What actually ended up happening is that it shot right past those quiet hopes, and massively exceeded my wildest ones – it’s been by far the biggest and most successful launch of my career. Within just its first month, Dicey Dungeons outsold the lifetime sales of my previous two games on Steam combined.

I might have more to say about all this when more time has passed. I’m probably not the best person to talk about business stuff, to be honest. I do think we did a lot of things right – going to expos, reaching out to press and streamers, cultivating a community on our discord. I think it’s worth talking about that and sharing that knowledge, and I hope to do it at some point in the future. But also, we owe a lot to Lady Luck. We’re really, really lucky to have been this successful, and I don’t think I’ll ever be able to fully explain how we did it. 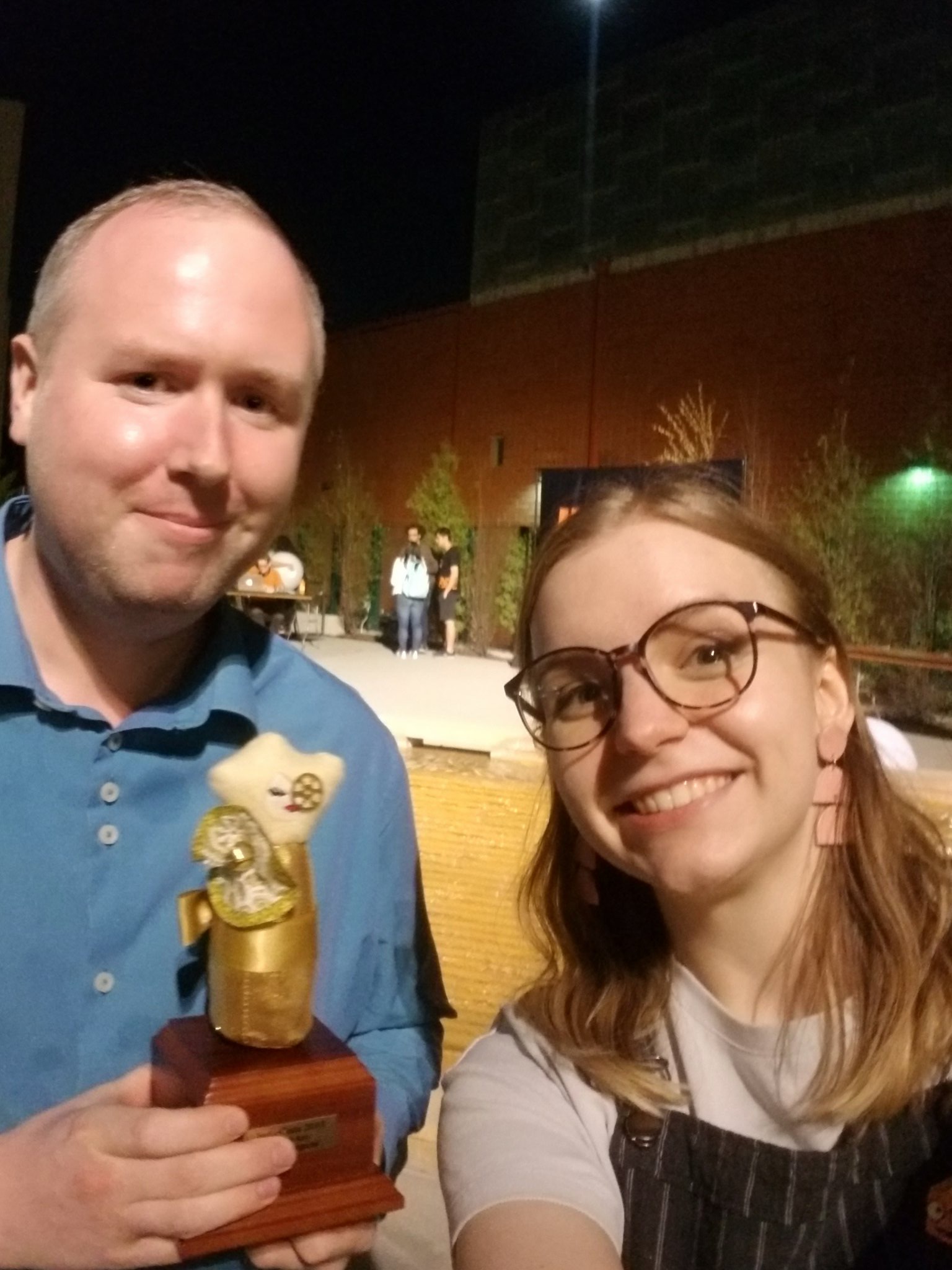 This came as a pretty huge shock, to say the least. We were all really, really honoured by this, and it meant a lot to me personally <3 This was my third time as an Indiecade finalist – VVVVVV won the “Most Fun and Compelling Game” award in 2010, which was huge for me, and At a Distance was a finalist in 2011 – but winning the grand prize? That’s something I thought would never happen.

Since the game came out three months ago, we’ve released six updates, and we’ve also released a free DLC, the Halloween Special!

When Super Hexagon came out in 2012, I immediately moved on to a different project, and I really regret doing that. It was bad for Super Hexagon, and it was bad for the other project too – I was too exhausted from the stress of releasing that game to really get into anything else, and I ended up just resenting the amount of time it was taking to work on necessary things like bug fix updates and ports. That period of working on the PC port and fixing iphone bugs was actually more stressful than the launch.

With Dicey Dungeons, I’ve thought about this a lot, and I’ve decided to do what I wish I’d done with Super Hexagon: to have a long cool down period of maintenance work. For the foreseeable future, I’m gonna try to work normal hours, and just focus on making sure that this game is as good as it can be. I wanna start taking more time off, to actually play games and to relax and take care of myself and rest up a bit and actually figure out what’s next for me, instead of rushing into something new. I’m basically planning to keep working like this, making Dicey Dungeons as good as I can, until I can’t think of anything else that needs to be done.

The next update planned is v1.7, which will be shifting focus to modding support for a while (which is already pretty cool, as the Halloween Special shows!). As well as that, I’m also thinking about how we can do some more big updates… We’re not doing anything for Christmas – it’s too soon, and we need a break – but hopefully we’ll be doing more stuff like the Halloween Special in future. I’ll be sharing more about all of this in the coming weeks and months!

I’m really happy to announce that both Switch and Mobile ports of Dicey Dungeons are underway!

It’s worth saying that these things can take some time to come together, and there’s currently no release date planned. I think we’re talking probably next summer at the earliest. It’s really, really important to me that every port of the game be at an extremely high standard – I don’t want there to be any bad version of the game.

There’s not really much more to say at this point, but when I have something to share, I will! Probably the first step towards this that people will see will be improved touch controls on the PC version, and well as keyboard and joypad controls as we figure out the best way to make this work on a Switch! Am really excited to see this all come together!

I think that’s everything for now. Thanks so much to everyone reading for your support! Excited about the next steps <3